Metro, January 2019
Our carbon stats used in 'How to recycle Christmas cards and Christmas trees'

BBC Radio Cambridgeshire, December 2018
Invited on to discuss Christmas cards and the alternatives, with Chris Mann.

The Telegraph, December 2017
'People ditching Christmas cards for charity donations as part of 'Don't Send Me A Card' trend'

The Guardian, December 2017
A mention of our venture and a link through to our carbon research piece produced by The University of Exeter. This article started a fierce debate about printed versus digital cards.

The Times, December 2017
A mention of our venture amidst an opposite opinion of what we're doing. We are happy to gain visibility in The Times regardless and we love the fact that there is a clear divide between those that love our product and those that couldn't go without paper cards.

Third Sector, December 2017
Featured as part of their Digital Round Up. 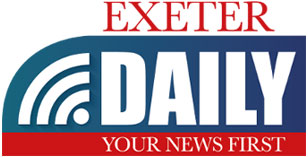 Exeter Daily, March 2016
Talking about the Seedbed accelerator where our venture was a participant.

BBC Radio Stoke, December 2015
Invited on by the brilliant Simon Bates to discuss Christmas card alternatives. We are based in the region.

BBC Radio Stoke, December 2014
Invited us on to a talk show discussion on the topic of Christmas card waste.

Devon Life, May 2014
Article in printed edition of Devon Life showcasing the launch of DontSendMeACard.

Riviera FM, April 2014
Invited us on to talk about our plans for our recently launched startup.